My voice gets in the way… 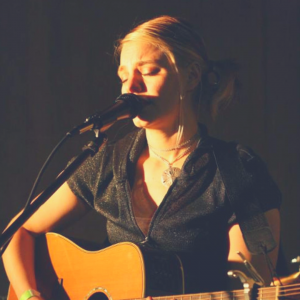 Have you ever had the nightmare where something bad is happening or someone is after you and you tried to call out for help or scream and nothing comes out? Your voice is just not there? The sheer terror of death is looming and you can’t even cry out for help….

Being on stage used to be like that nightmare. After a few times of getting up terrified and not sure what my voice would sound like I began to settle. It just never flowed out of my mouth or sounded the way I wanted it to.

My problem was multifold. For one, I was self-judging. I wanted a voice that was different. I didn’t want to sound like I did. I wanted a deep gospel, southern black spiritual kind of voice. Those men and women could sing the same line over and over in a raspy delivery and it was captivating. The tone… mmmm…. it was like a pot roast with potatoes and carrots on a cold day delivered to your lap, as you lay wrapped in a soft blanket next to a warm fire, by momma, who had soup stains on her flowered apron. It was gooood.

Mine, on the other hand, was small… mousy even. I wanted power in my delivery. But I just had little ol’ me.

I also judged my style. Because my voice was small I couldn’t really rock out the way I wanted to…I was stuck with a folkier sound and the last thing I wanted to be was Phoebe from friends.

Another side was lack of experience. I actually joined the choir in high school because a friend (Rachel White) told me I had a pretty voice. I was singing to a song on the radio. Not a week went by before I was signing up for the choir.

What’s crazy is I always knew I wanted to write. But when I reconnected with middle school friends they told me that singing was important to me even back then… I had no recollection of that.

I also didn’t grow up with any kind of nurture or support. My mom wasn’t nurtured at all. She had no concept of gifts or talents. She only knew survival. So as my talents began to show as a  child they were never recognized. Twice my parents gave away musical instruments of mine. It was actually pretty devastating on the inside. It wrecked my heart that they didn’t see how important those things were to me and more so that they didn’t know me. I felt like I didn’t matter.

I asked for a guitar and lessons but soon resolved I’d have to figure it out on my own. So as a teenager when I started to realize singing mattered to me I had no confidence. In fact, my drive to show people a song was akin to self-torture. A Dr. Jekyll and Mr. Hyde. I didn’t just embed conflict. I WAS conflict.

Once, I wrote a song titled “Indifference.” It was about how the hurt was trying to make me numb and how I needed God to reach down and help me before it swallowed me whole. Someone I respected snarled at me that, that song couldn’t ever help someone. I believed him.

It took years to get over it. Way too many years.

So many things in life come easily to me. Singing in front of people was never one of them. I want to connect with others. Help people. Bring healing and freedom. Connect with the hurting and bring comfort. But all of that would get forgotten when I’d step up to a mic. All I could think about is how I sounded and if others were feeling as tortured as I was.

My mission for years has been to get over myself. Get over the way that I sound. Embrace the voice I have. Love who I’ve been created to be. Recognize my many accomplishments. See the beauty in where I am and not judge the places I’m not. I also had to embrace the audacious truth that God gave me a talent and expected me to not only use it but multiply it… grow it into something more.

I had to refuse to let my voice get in the way.

I’m sure your battle was different. Maybe it wasn’t musical in nature. But have you struggled with something? Have you judged yourself and buried your deep desires?